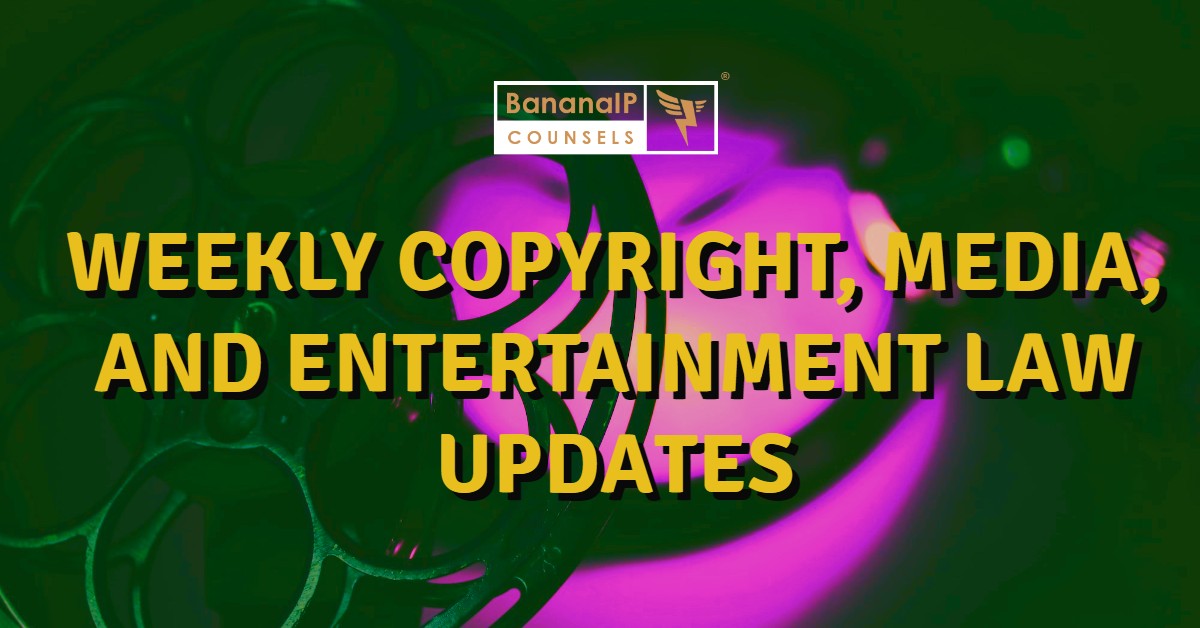 This week’s copyright, media, and entertainment law updates are as below:

The Twitter Accounts for the Indian National Congress Party, and the Bharat Jodo Yatra, faced a temporary bloc recently over claims of copyright infringement. The order to block the Twitter accounts temporarily was passed by a Bangalore District Court, on complaints made by MRT Music. They alleged that the accused had used the made unauthorized use of the sound recordings from the movie, ‘KGF – Chapter 2’. The court opined that if such an action was not taken, it would cause damage to the plaintiff with the passage of time, and that such action would also encourage piracy. The Court also directed Twitter to remove three videos from their platform in addition to temporarily blocking the account handles of the accused.

The 2020 Netflix Comedy Special, ‘Vir Das: For India’, starring the actor Vir Das, has led to the producer suing Netflix India and Vir Das, alongside two other persons (the three directors of Wierdas Comedy Pvt. Ltd.), for copyright infringement. The Producer, Ashiwn Gidwani, has claimed that the accused violated an agreement from 2010, concerning a script and show named ‘History of India VIRitten’, which Vir Das and the petitioner did together. Later, in 2019, they allegedly had disagreements over the release of the show on OTT Platforms, such as Netflix. Ashwin has alleged that Vir Das created a separate show ‘Vir Das: For India’ – which included some of the ideas and excerpts from the earlier show ‘History of India VIRitten’. Ashwin has sent notices of copyright infringement, and followed up for the complaint with the police, post which, an FIR was recently registered against the accused. Neither Vir Das, nor Netflix India have commented on the situation yet.

Paramount Pictures loses in its motion for dismissal of the copyright infringement lawsuit filed for the movie ‘Top Gun – Maverick’. The company tried to argue insufficient grounds in the first amended complaint (FAC) – that the alleged article and the sequel to the original movie were ‘substantially similar’. However, the U.S. District Court for Southern California disagreed with the submission, and found the claims made in the FAC to be viable and well-argued to draw out the similarity between the Article and the sequel. The judge also laid down the declaratory relief claim, which sought to declare that the sequel was a derivative of the article.