Hatsun Agro Product Ltd, a popular dairy company based in Chennai, filed for a permanent trademark injunction to restrain A.Z. Arogya Milk, a proprietorship firm in Chennai from using the mark “AZ AROGYA” for milk. Hatsun, the registered owners of the mark ‘AROKYA’ since 1994 has filed this suit alleging that the latter has adopted a similar mark with the intention of deceiving the public and to also cause damage to the reputation of Hatsun. The High Court of Madras observed that the “AZ AROGYA” mark was prima facie deceptively similar to ‘AROKYA’, and also due to the similarities in the packaging and color schemes of the products, would easily mislead the public. The Court, therefore granted a permanent injunction against A.Z. Arogya Milk.

Earlier this month we had informed our readers about the British Royals filing for a separate trademark application for their charitable foundation, Sussex Royal – The Foundation of the Duke and Duchess of Sussex, after separating themselves from The Royal Foundation. With the new filings in place, Prince Harry and Duchess Meghan are planning on taking their foundation to a global scale. The trademark ‘Sussex Royal’ has been filed in various countries like Australia, Canada, the EU and US under numerous classes consisting of clothing, footwear, charitable fundraising and management, as well as education and social care services including the organizing and conducting of emotional support groups.

Mario Files for ‘Mario and Luigi’ Despite Bankruptcy

Nintendo, the Japanese video game giant, most popularly known for producing the iconic game Mario, has applied for a new trademark application, ‘Mario and Luigi’ in South America. This filing suggests that the company has plans for more entries in the ‘Mario and Luigi’ series even though its previous developer AlphaDream file for bankruptcy last year. It is interesting to note that this trademark comes just a few months after AlphaDream closed shop. Guess all the Mario fans have to just wait and see.

Puma, the German sports goods manufacturer has collaborated with a UK based model turned designer, Tabitha Simmons, to create a new collection of footwear and apparel. The new Puma collection is a reimagination of the Puma Cell Stellar and Ralph Sampson lines of shows and is adorned with Simmons’ signature floral patterns. Apart from footwear and apparel, Puma’s collection also boasts of backpacks which reflects the same designs.

General Mills, a U.S. based food products major has partnered with Hersey’s, one of the largest chocolate manufacturers in the world, to bring out a new candy inspired breakfast cereal line. The new breakfast cereals consist of Hershey’s Kisses, Jolly Rancher and a new version of Reese’s Puffs. Hershey’s had earlier collaborated with General Mills to produce cereals such as the original Reese’s Puffs as well as Hershey’s Cookies and Cream Fillows Cereal, and Cocoa Puffs. The cereals will make their debut in the upcoming months.

Mumoso to Add Over 300 Retail Outlets in India

Mumuso, a popular lifestyle brand from  South Korea, is seeking potential franchise partners to open more than 300 retail outlets across India by mid-2022. The brand had entered the Indian market in September, 2018 with its stores in Kolkata and Mumbai, and now plans to expand to other metros and tier II cities such as Delhi, Chennai, Bangalore, Hyderabad, Kolkata, Pune, Surat, Goa, Jaipur and Indore. The lifestyle brand plans to expand its reach across various sectors including food and beverage accessories, household stationery, bags, children products, small electronics, lifestyle items, etc.

Morena Gajak is a dry sweet made of sesame oil and jaggery in the Morena district of Madhya Pradesh. The sweet is said to originate back to the 18th century and has gained popularity for more than 150 years now. It is prepared during winter as it has body warming properties that would prevent common cold and cough. The dish is deemed to have a unique taste due to various components like the usage of water from the Chambal River, jaggery from the Joura tehsil and a specific production method. The Application was filed by Morena Gajak Nirmata Association under food stuffs category in December, 2019. 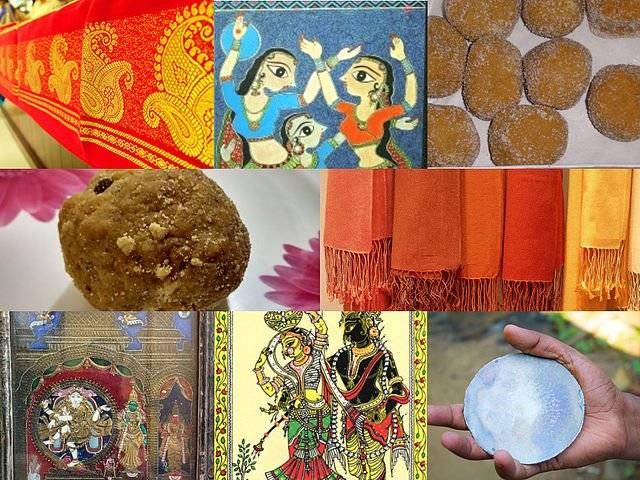 Make in India and the untapped potential of Geographical Indications