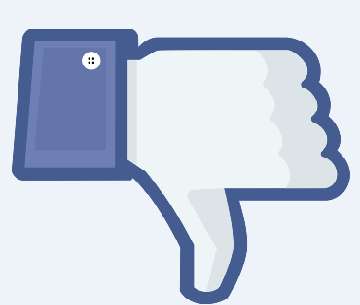 In a recent turn of events, the New York State Supreme Court Appellate Division has given an important ruling with regards to Facebook blocking 400 search warrants, seeking information about the postings of numerous users for a criminal fraud investigation. This decision is imperative as it has been ruled in the wake of the rising importance of privacy rights (data protection). Although the verdict has been unanimous in nature from the Appellate Division’s First Department about the warrants, the judges opined that they understand Facebook’s concern over granting access to user accounts as per the Prosecutor’s request. Facebook’s sole defense in this case has been how the ruling is in violation of the Fourth Amendment safeguards against unreasonable searches and seizures.

The issue in question has been whether the people, who have claimed disability benefits, are entitled for it or not. The 381 warrants were first served in 2013, and targeted public employees including police officers and firefighters who allegedly feigned illness in the wake of the 9/11 attacks. Contrary to their claim, many of the defendants had uploaded pictures of them travelling abroad, riding jet skis, playing golf and performing martial arts.  It has been alleged that the defendants had lied to the government about their physical, mental and societal competence, following which the warrants were issued. Facebook objected to the search warrants issued by New York state prosecutors, and was backed by Google and Twitter. It argued that government data requests should be more precise in nature but the Court found Facebook’s claims without merits.

This particular case dates back to the summer of 2013, when the Manhattan District Attorney Cyrus Vance Jr. sought information regarding the disability fraud that involved public employees robbing the government of its money by $400 million. The DA resorted to Facebook for obtaining information about the defendants with regard to their supposed illness for claiming disability benefits. The Facebook page for many defendants told a completely different story. Thus, a warrant was directed to Facebook by the DA, which asked the social media giant to turn over information, including messages, photographs and comments posted on pages of friends and family from 381 accounts or more. The district attorney obtained a gag order blocking Facebook from informing the users that their accounts were the subject-matter of such an investigation. 134 people were indicted, out of whom 95 pleaded guilty, owing more than $20 million as restitution.

The said gag warrant was challenged by Facebook and was requested to be taken down, but the appeal stood quashed in September 2013. As per the company’s policy, account information (data protection), confined just to names and e-mail addresses, can be spilled over to the government agencies, in criminal investigations only with the issuance of a valid subpoena. For disclosure of further information, a court order is required. However, a search warrant is needed for disclosing information about photos, videos and messages.

In the present case, Facebook was persistent about how iniquitous and unreasonable the scope of the search and seizure was. The warrant, allegedly, did not conform to the Constitutional standards and was in conflict with the principles laid down under the Fourth Amendment. The warrant in question prohibited Facebook from informing its users about the disclosing of their account information to the government, which forbade users from asserting their Constitutional rights. The matter sets an important precedent for further litigation, a Facebook spokesman commented, “We continue to believe that overly broad search warrants – granting the government the ability to keep hundreds of people’s account information indefinitely – are unconstitutional and raise important concerns about the privacy of people’s online information.”